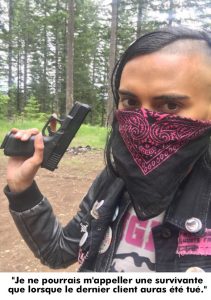 We find ourselves stuck inside a suffocating false dichotomy in the realm of (anti) politics as it relates to concerns around the topic of identity. On the one hand, we find that the desire to destroy civilization/society in its totality and to attack in the here and now, is occupied, claimed and recuperated by those only concerned in destroying the existent as long as such an existent does not include themselves. The denials of materialism and materialist reality ever present in the current insurrectionist and nihilist milieus, and the accompanying machismo, racism, rape culture and outright refusal to consider any identity based concerns. The branding of all identity based concerns and the accompanying trajectories as always and only liberal demands for recognition in the face of domination and the associated scathing critiques of all forms of organizing which draw any power from or relation to identity categories as ultimately worthless. On the other hand, the generalized rejection of insurrectional tactics, analysis, and praxis by many trans-feminist, queer, and identity based trajectories has lead to a transition from the simple desire to self actualize/articulate trans-feminism/queerness and its necessary demands ending in constructionist logics which hyper valorize, celebrate, and execptionalise the very identities in which our experience of oppression(s) is rooted. We experience a great degree of disappointment in this impasse- what we are searching is an (anti) politics, which both embraces and reckons with the every day realities and lived experiences of those who experience identity based oppression, whilst also squarely aiming our hostility at the totality of the world which creates them; we wish to present a critique which both acknowledges the very real consequences of identity in the here and now, and attempts to undo the entirety of its constructions. We agree, identity is entirely social constructed, it is the product of thousands of years of domestication, brutality, violence, domination, and one central building block of civilization; where we stray from the traditional insurrectional perspective is in rejecting the naivety of believing that by simply refusing to recognize identity or identity based concerns as important is enough to de-nature them as powerfully violent. Further we hold firm to the belief that fighting anti sexist/racist/colonial struggles is in fact a central field in war against ‘the existent’. The fact that identities are social constructs doesn’t mean they don’t need to be recognized and then destroyed- one cannot hope to destroy an enemy which one refuses to except even exists. When one declares war on society, one accepts the existence of society; our war on identity is inseparable from our war on society, from the war on civilization; but this takes understanding, recognition, and sometimes organization based around those very identities.’

We are hoping to bring together a series of texts, whose focus lies in the realm of identity abolition, but whose praxis is rooted in materialist understandings of and engagements with identity. We are searching for new and existing pieces which challenge readers to engage with the every day lived experiences of those who contend with identity based oppression(s), whilst also aiming hostility squarely at the identities themselves and the worlds which they create. Submissions can come in the form of texts, poems, artworks or any other medium you see fit and are not limited to a specific word count. Submissions should be in by the end of February 2020- and sent to downandoutdistro(at)riseup(dot)net; if selected, texts will be included in their entirety and not edited by us, though we reserve the right not to include any texts we feel do not fit the line of engagement we wish to highlight. The collection will include an editorial from D&O addressing our own understanding and critique of identity  as well as engagements with what we see as the failings in both insurrectional and identity based trajectories to deal with the topic. Other texts so far proposed  for the journal cover topics including migration, sex work, experience of racialised identities, and nihilist feminism.

Text can be Submitted in English, French, or Greek, though texts not in English will be translated by us and the Journal will only be available in English.

SEND US YOUR TEXTS 🙂 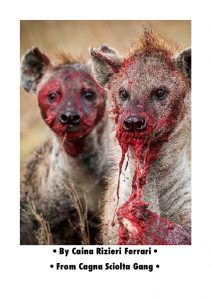 The latest text brought out on our edition; ‘Bite the Hand that Feeds You’ is an illegalist and insurrectional assessment of prostitution written by people within the trade. Railing against, work, clients, civilization and society; the text is a brutal and effective punch in the face to liberal and stateist narratives around work and particularly work in the sex industry. Featuring practical tips on how to take revenge, and pictures of armed individuals ready to do so this text brings the fire!!!! Accredited to Caina Rizieri Ferrari of the Cagna Sciolta Gang 2k19.

“i won’t be able to call myself a survivor until every single trick has been killed. i won’t have no mercy and feel no guilt, but if you really need to tell yourself a story you can think about it this way: killing tricks is mere self defense, we’re fighting for our life.” 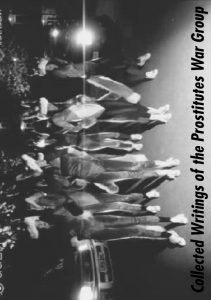 A new Collection Release from D&O. The Collected Writings of the Prostitutes War Group is a series of text collected from a loose Ilegalist network of Prostitutes who wrote a series of texts and participated in a number of extortion’s, robberies, and clandestine activities which were published in the year of 2017.  The text includes the so called ‘Pro-festo’ of the group, one communique and two field action reports. The texts are presented in chronological order (rather than grouped by theme) and all the texts in this zine were taken directly from the PWG website  https://prostituteswargroup.wordpress.com. The front cover pic is taken from a music clip entitled ‘Rolex’ about a gang of women in UK who were drugging men at clubs and stealing expensive items such as Rolex watches, given the content of some of the action reports we found it appropriate.

“We are the whores of the worst nightmare of the shitstem. PWG is an internationalist collective of anarchist revolutionary queer insurrectionist PROSTITUTES: rising up to realise our power, using our pro-fessional ILLEGALIST skills to sabotage our ideological enemies. We will disarm and ultimately destroy those who perpetuate the Social War against us – WAR that is inherent in the fascistic capitalistic Shitstems imposed on us. They try to render us powerless conformists, through their sick perversions of ‘Judeo- Xtian Morality’, ‘Law & Order’, and ‘Justice’ –that only serve to emotionally, spiritually and physically RAPE us.” 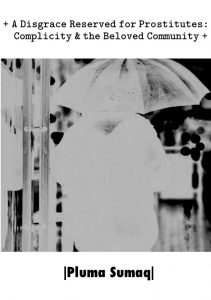