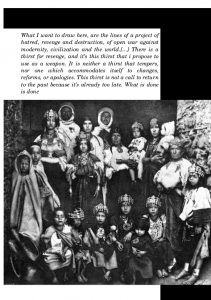 Originally produced in French ‘Uncivilized, Exotic, Dangerous: reflections on the ‘beurette’ identity, against humanity – in pursuit of self-abolition’ is a critical reflection on the construction of the identity ‘buerette’- a french slang term referring to woman of Maghrebian and Arab decent and defined in the text thusly:

A French woman whose family originates from Maghreb
(North Africa). The term is ‘verlan'(french back slang) of ‘rebeue’ (slang for Arab).

From here, the text moves, to a generalized assault against the forced constructions of racialized and gendered identities, with a view towards identity abolition, anti humanism, and anti civilization perspectives. Charting, a trajectory of colonial and neo colonialism the text attempts to deconstruct to forced categorization of individuals within the walls of civilization and advocates for categorizations abolition.

Quote from the text:

“What I want to draw here, are the lines of a project of hatred, revenge and destruction, of open war against modernity, civilization and the world. [. . . ] There is a thirst for revenge, and it’s this thirst that i propose to use as a weapon. It is neither a thirst that tempers, nor one which accommodates itself to changes, reforms, or apologies. This thirst is not a call to return to the past because it’s already too late. What is done is done” 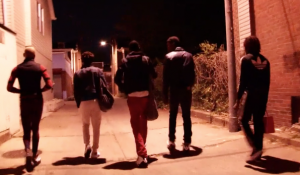 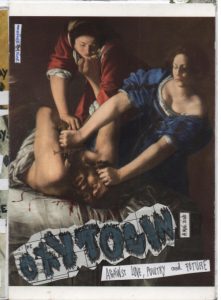 Introducing, ‘Oxytocin- Against Love, Poultry, and Future’ a collage zine taking a jaded look at love and science, pushing once again the no future angle, whilst simultaneously lamenting the eventual antibiotic apocalypse with a sense of casual conversation and detached randomness. This double A4 PDF is made to be printed and either folded into an A6 mini zine, displayed as poster (see page 2). 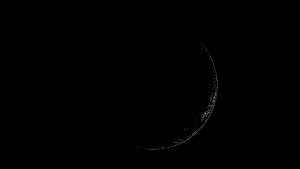 Written in 2013- ‘Some Thoughts on Queer Nihility’ by Edith Doyle- is a short, simple and fairly basic summary of some of the core tenets of Queer Nihilist and Insurrectional theory. Borrowing from trajectories such as Bash Back! and journals such as Baeden, the simple text address questions of ‘safety’, negation, and criminality. The text is rendered here as a black and white mini zine. 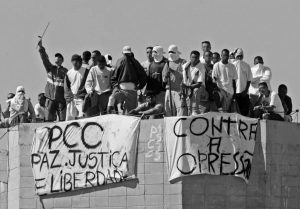 Taken from Hostis Volume I ‘There is a Third Thing’ is a brief interview with ‘Marcola’ alleged boss of the Primeiro Comando da Capital about his perspectives on the situation In Brazil, his own situation and the nature of the PCC. In this re-rendered version, we have included a short history of the PCC and its activities in order to give this interview better context, as well as some pictures.

“You are the ones afraid of dying, not me….”

“For you, death is this Christian drama, a heart attack in bed. Death for usis daily bread, thrown over a mass grave.”

“O Globo : What changed in the outskirts?
Marcola : Mangoes. Now we have them.”

We are super proud to have the opportunity to distro this text; shared with us by some friends 🙂

What is trans-logistics? is a satirical look at Logistics, Queer and Trans Identity, ‘Radical Milieus’ and the possible connections between these seemingly disparate topics.

“For approximately the same time people have been calling themselves trans, logistics trucks with ‘trans’ written on the side, often in amusing combinations and neologisms (made-up words), have been on the
road.”

“People who want to resist or live outside of economic capital may find themselves becoming vanguards or pioneers, branching out into new territories for accumulation. Subcultures that value ‘dropping out’ of wages and rent might end up populated by individuals very good at finding ways to get and hold onto capital in non economic forms.

Logistics companies often use the language of social capital and relationship capital in their marketing. Some people who practice relationship anarchy start to sound like miniature corporations, as they balance the books of credit and debit and try to work out if they’re getting enough out of their partners, or calculate whether its advantageous to start out on a new venture. Sometimes contracts are made, and even written out and signed.” 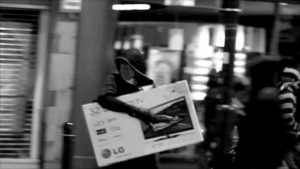 We are excited to release the first text in our: ‘Bootlegs’ Series (a series composed of texts taken from Books, Journals, and Internet sources and turned into zines by members of our distro collective).

Taken from Hostis Volume I. ‘Nice Shit For Everybody’ by L.A Onda- sets out the clear demand for everything, and dispels the bullshit of Anarchist and Communists alike who tell us that desire for the best commodities is counter revolutionary.

“We hereby reject any form of self-imposed austerity. We posit that we want nice shit for everybody and that is not only feasible but desirable. We will not put forth graphs announcing how much work (or not) will require such a project but will state that such a project is part of our desire for communism. We hereby reject all forms of feigned punk slobbiness, neo-hippie shabby chic, or pajamas in the outdoors. We see the stores of the bourgeois parts of town (& the newly-gentrified ones too) and say that we want that shit and even more.”